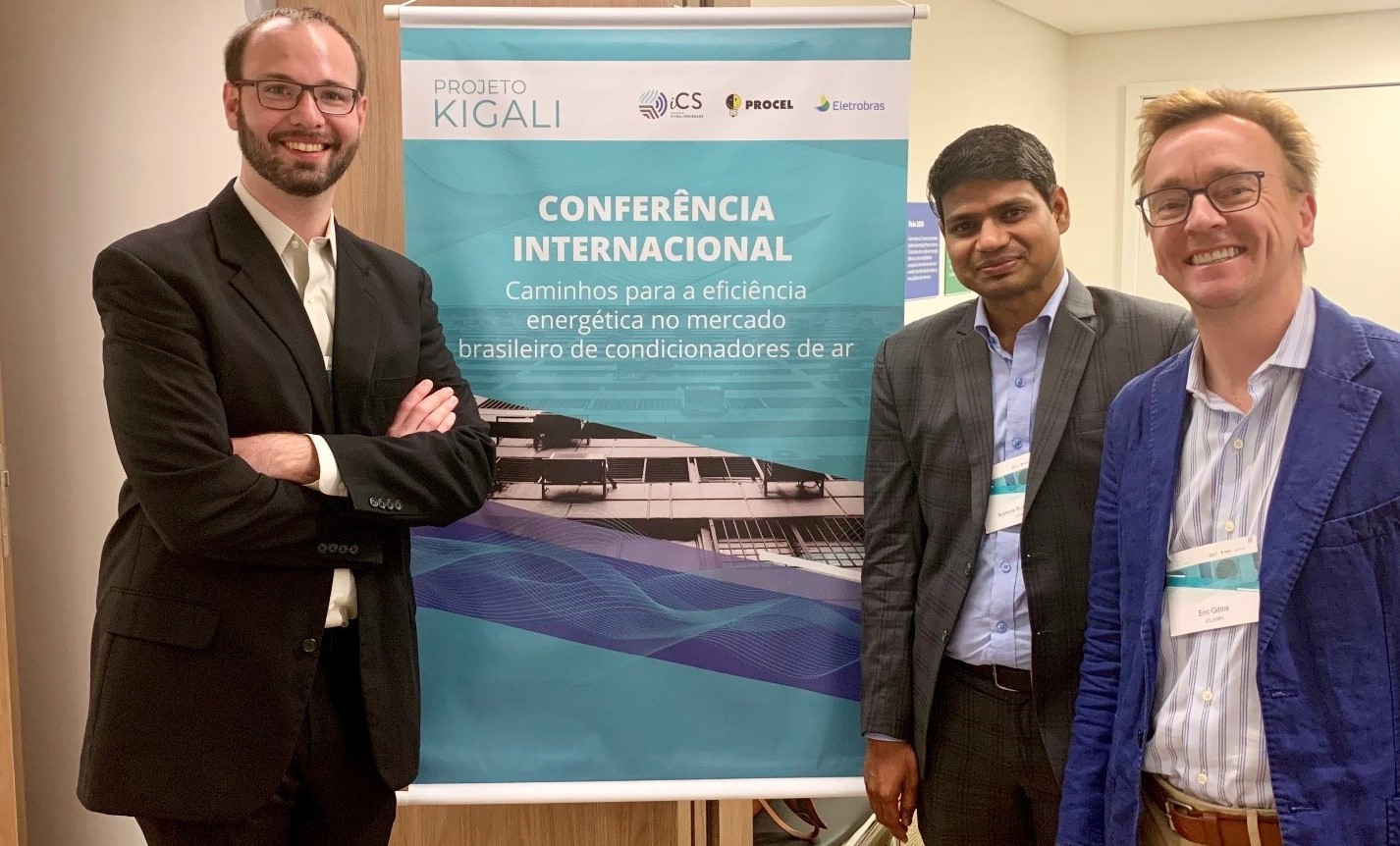 On March 25, CLASP participated in the “International Conference – Perspectives for Energy Efficiency Improvement in the Brazilian Air Conditioner Market” in Rio de Janeiro. The Instituto Clima e Sociedade (iCS) and Eletrobsras, the Brazilian utility responsible for managing the National Program for the Conservation of Electric Energy (PROCEL), hosted the conference.

This event brought together policymakers, air conditioner (AC) manufacturers, test labs including the Brazilian Metrology Institute (INMETRO), and consumer advocates to discuss how to move forward in improving the energy efficiency of ACs on the Brazilian market.

As part of our ongoing collaboration to facilitate Brazil’s transition to high-efficiency space cooling technologies, iCS invited CLASP to the conference in Rio to give three presentations, which can be viewed on the iCS YouTube channel (in Portuguese):

CLASP’s research in Brazil is also featured in our e-magazine: Cooling in a Warming World.

Brazil is well positioned to follow the Indian example and dramatically improve the efficiency of ACs on their market by moving to a seasonal energy efficiency metric and revising the AC labeling program.

CLASP’s participation in the conference, as well as our recent studies on Brazil’s AC compressor market and AC energy labeling program, are sponsored by the Instituto Clima e Sociedade (iCS). For more on energy efficiency policy in Brazil, visit the CLASP Economy Finder.

A Tale of Scale and Stature: How India’s Labeling Program is Helping Combat Climate Change