Within the newly released 2018 Annual Report, we highlight the year’s 11 greatest milestones, innovations in technology and policy, CLASP’s impact on human welfare and the planet, while introducing the year’s newest donors and partners.

“In 2018, CLASP continued its dual objective of mitigating catastrophic climate change and delivering sustainable energy services to the world’s poor,” explains CLASP CEO Christine Egan. Within the newly released 2018 Annual Report, we highlight the year’s 11 greatest milestones, innovations in technology and policy, CLASP’s impact on human welfare and the planet, while introducing the year’s newest donors and partners. As always, “we are grateful for the strength of our team, the commitment of our donors, the foresight of our founders, the support of our partners, and the wisdom of our Board. And as we move into our 20th year, though we are changing, we are also becoming ever more like the institution that we are intended to be.” 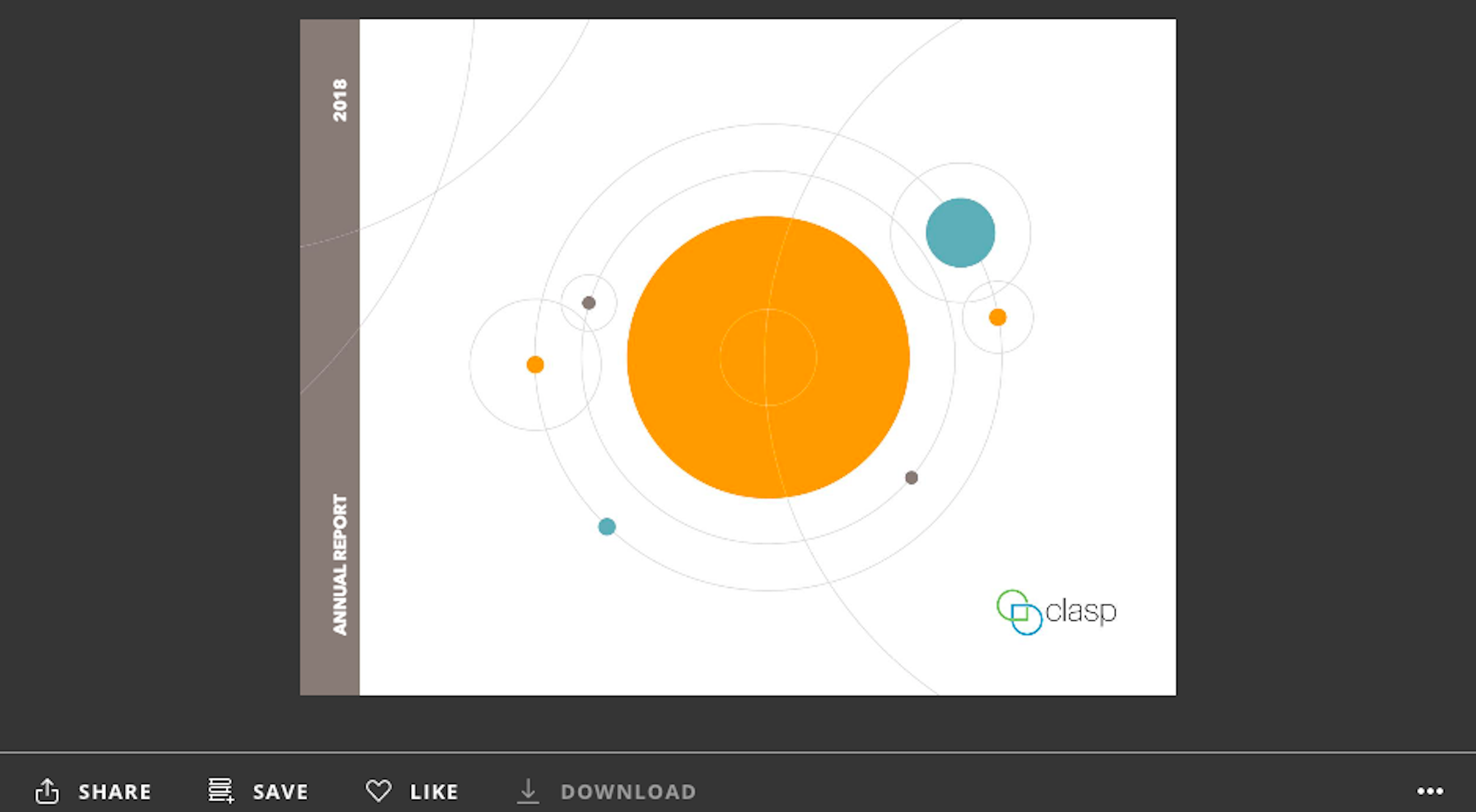 CLASP developed or implemented programs in 63 countries around the globe in 2018. In Europe, we facilitated a major step forward in energy-efficiency lighting policy when the European Union became the first major economy in the world to ban the sale of non-directional halogen lamps. We also provided critical technical support for a TV policy package and supported a policy to eliminate the sale of the most common inefficient fluorescent lamps by 2023. Europe became the first economy in the world to phase-out these lighting technologies. Read more about our work in Europe. 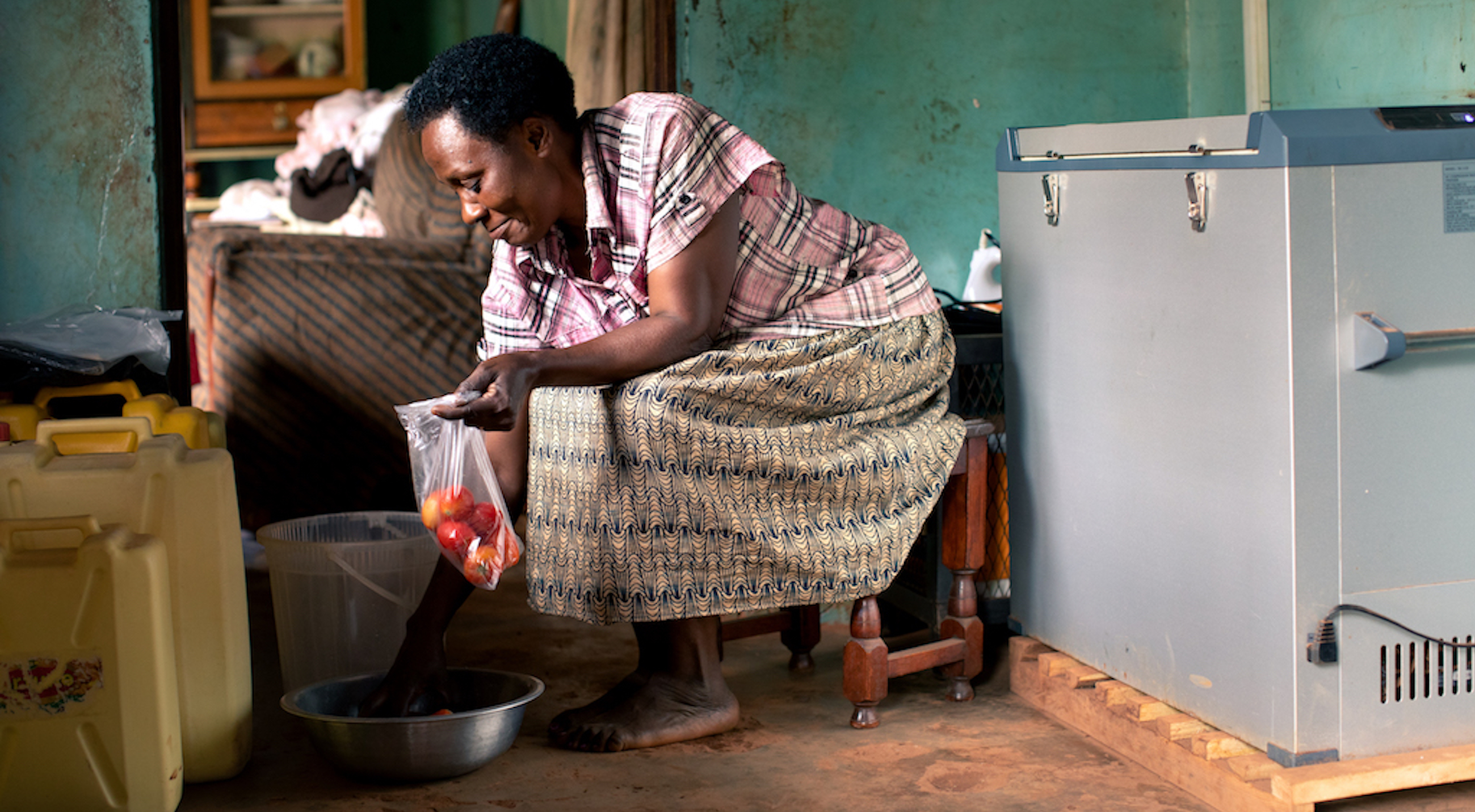 The Global LEAP Awards finances the deployment of appliances for the off-grid market. The program recognizes new innovations that work, and then provides financial incentives to off-grid solar companies that partner to distribute large quantities of award-winning products. In 2018, CLASP supported the delivery of new or enhanced energy access to almost 700,000 people across East Africa and Bangladesh. Through continued field research with consumers, we have found that off-grid appliances help alleviate poverty, while maximizing a variety of other social and health benefits. Read more about the Global LEAP Awards.

Human Welfare and the Planet

Through the stories of individuals most affected by the policies and programs that we support, we can better understand how to effectively contribute to the end of energy poverty and climate change.

As Teresa Lekuraki of Merille, Kenya explains so poignantly, she was denied an education of her own as a child. She now harbors a passion for learning that she hopes to pass on to her children. Teresa purchased a solar-powered TV system, financed through the Global LEAP Awards results-based financing program. Ever since, her children’s lives have been enriched by their exposure to informational media.

“It is adding to the children’s knowledge,” she says. “What they get asked about in their studies, they can watch on the TV. If it’s news, they get to know what’s happening around them, and they understand more.” Read more from Teresa. 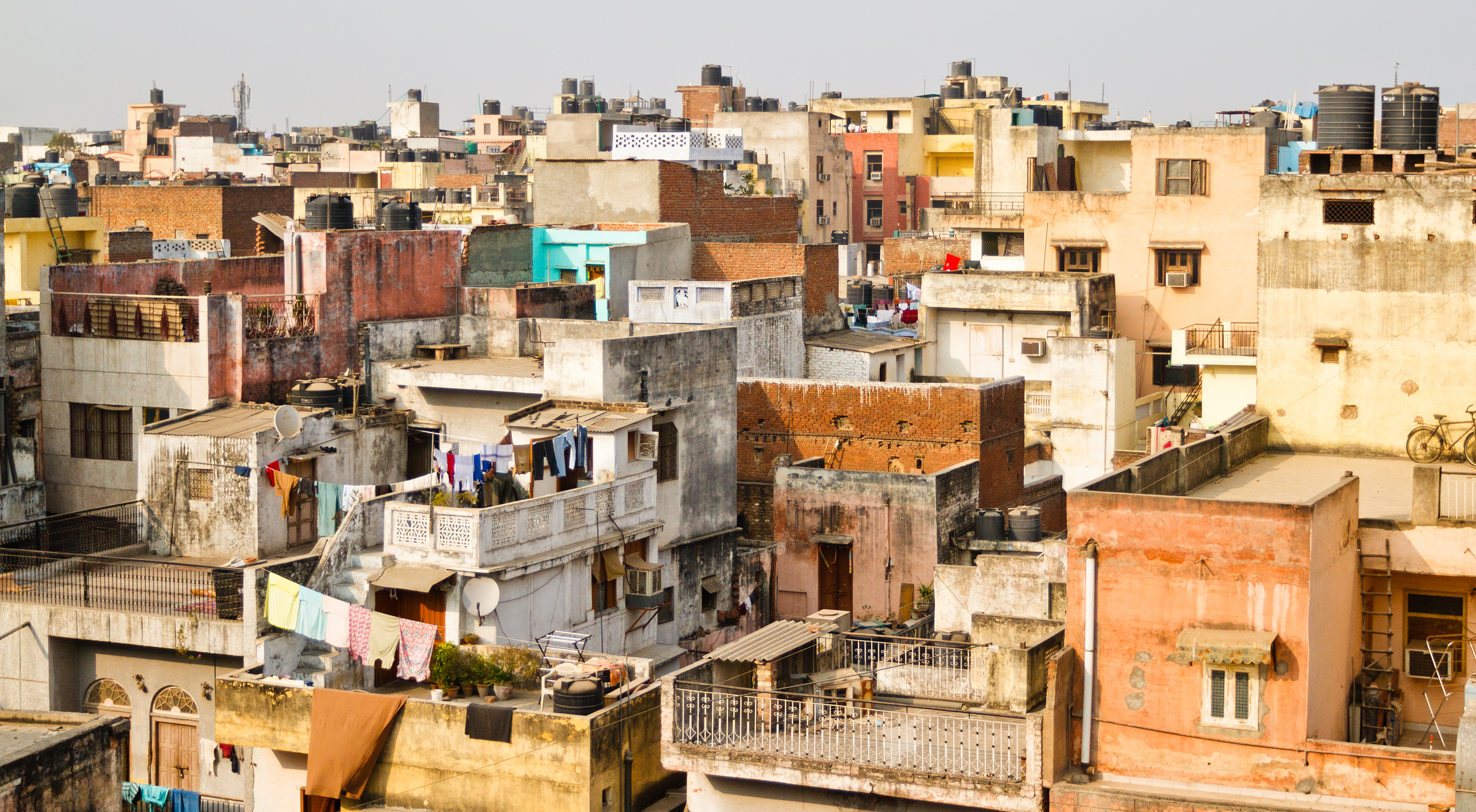 In India, cooling efficiency policies are key to climate change mitigation efforts. In fact, “in 2017-2018, room air conditioners (ACs) accounted for 40% of India’s total energy consumption.” With AC penetration expected to increase exponentially over the next decade, India’s Ministry of Power and Bureau of Energy Efficiency (BEE) have announced energy efficiency policies for major cooling appliances on the market. In 2018, India’s policy for inverter ACs became mandatory, and BEE developed a common rating plan and policy for fixed and inverter ACs. With CLASP support, BEE also launched a new policy for chillers, large AC systems which provide cooling services in the growing commercial and industrial sectors. Read more about India’s latest AC policies. 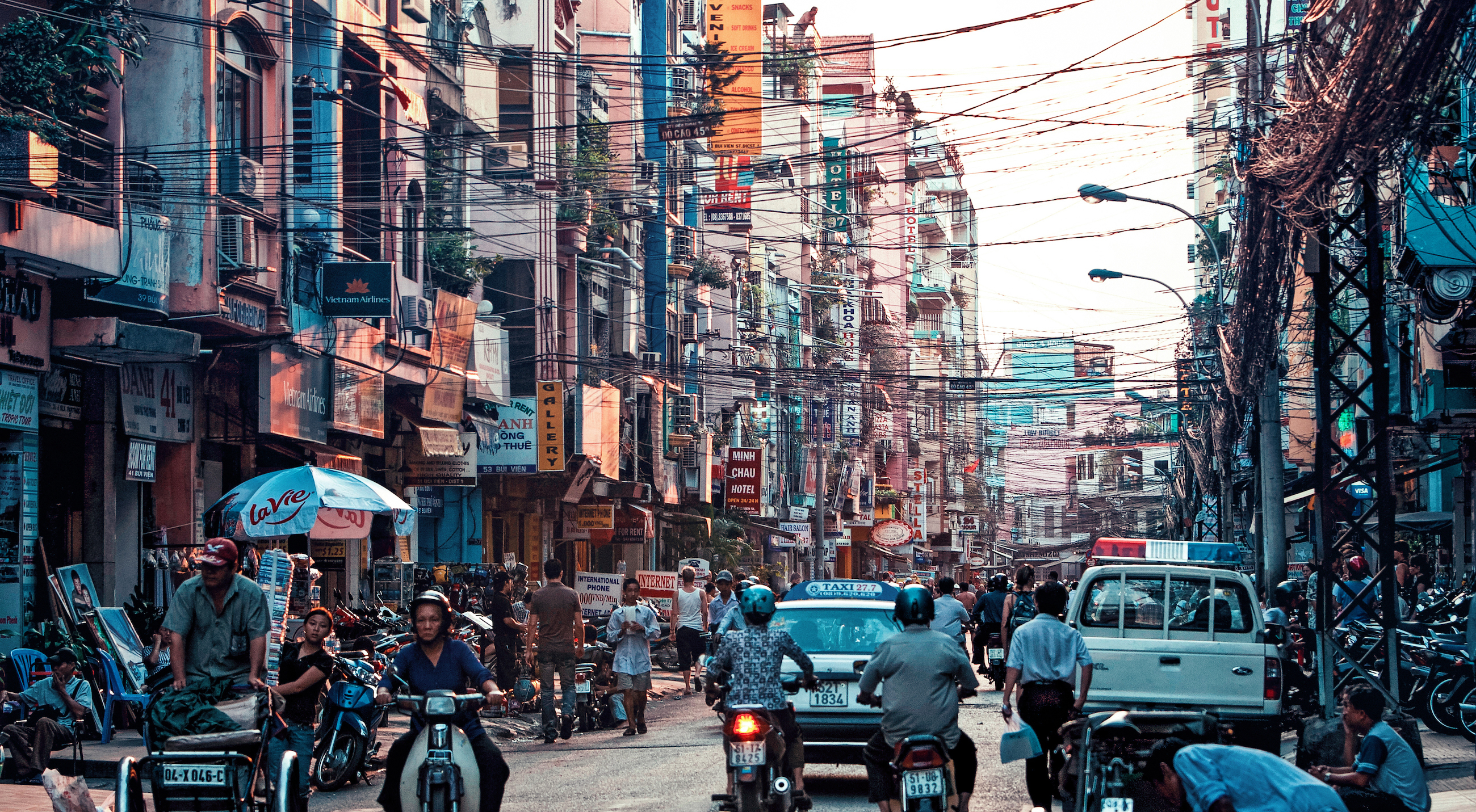 CLASP continued a longstanding collaboration with policymakers of the Association of Southeast Asian Nations (ASEAN) in 2018. Though ASEAN member states agreed to a harmonized efficiency target by 2020, there remain opportunities to accelerate market transformation to highly efficient ACs. CLASP and donors are providing support at the regional and national levels to strengthen this effort, in addition to launching new partnerships with policymakers in Thailand, Vietnam and the Philippines to support their progress towards high-efficiency AC markets.

CLASP also renewed an old partnership with the Economic Community of West African States an ECOWAS Centre for Renewable Energy and Energy Efficiency (ECREE). CLASP, with ECREEE, is working with policymakers to develop a regional compliance network and tools to accelerate policy implementation and prevent non-compliant products from trickling across borders. Read more about our K-CEP collaboration.

Want to know what it’s like to partner with CLASP? An interview with Dr. Charles Diarra of the ECOWAS Centre for Renewable Energy and Energy Efficiency, and another with Dr. Rushad Faridi from dataWhiz provide insights into what it’s like to collaborate with us.

We thank you for your continued support during one of CLASP’s most exciting years on record. Read the entire 2018 Annual Report and visit https://clasp.ngo/updates for more exciting updates.

Insights into Our Global Campaign to Transition to LED Lighting

CLASP Europe Kicks Off Project to Phase Out Gas Cooking